My office setup as of April 2022. (This post originally appeared in MacStories Weekly). 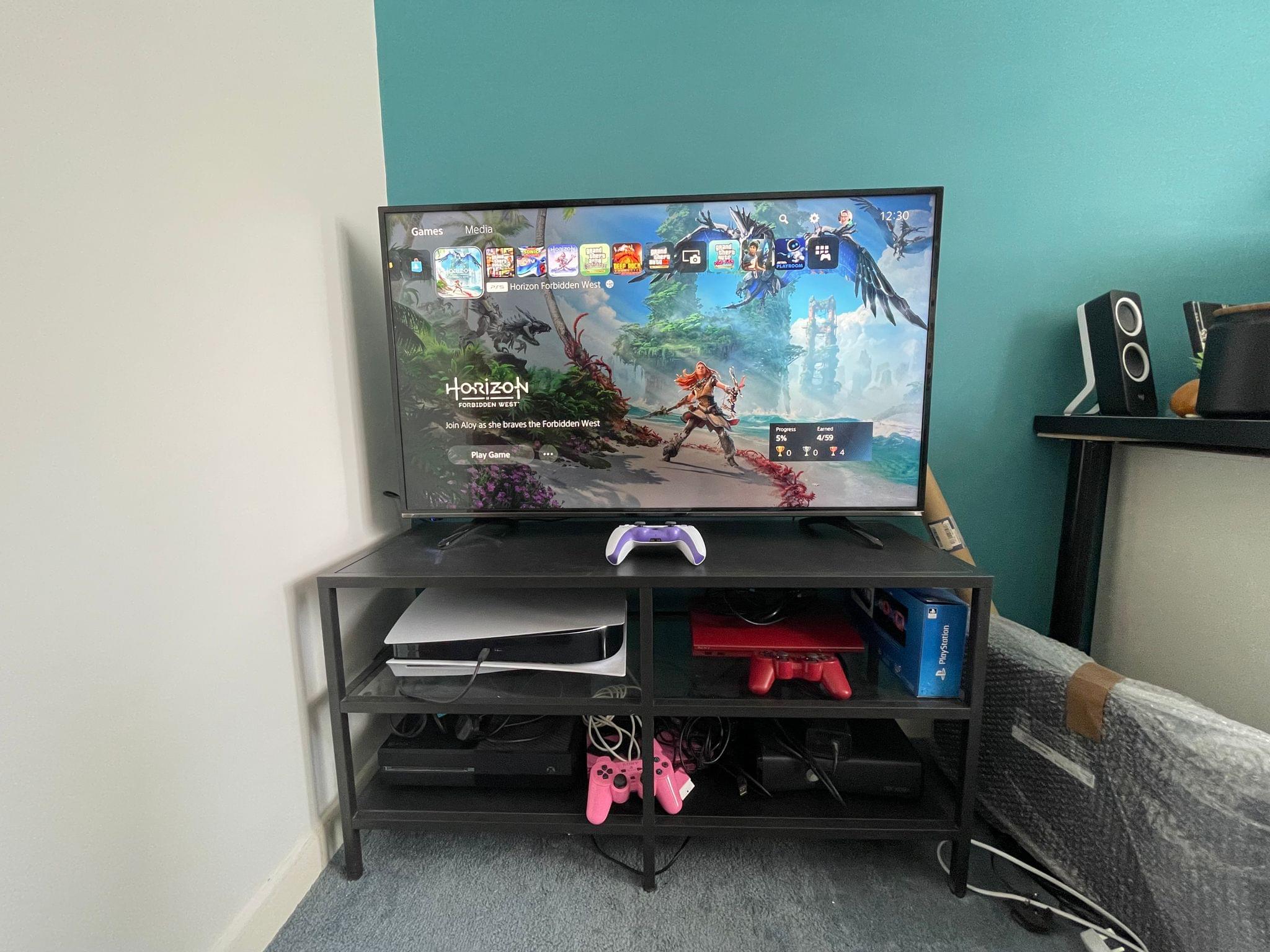 A couple of weeks ago I posted a photo in the MacStories Discord and Federico demanded asked very nicely if I would write about it, so here we are. I have a lot of consoles which means I have a lot of games and controllers. I’ve never been one to sell games after I’ve finished them so I always had a collection of some sort. I worked at a second hand game shop while I was at university so my collection grew rapidly in the 11 months I was there and I have continued to pick up games here and there over the years. As of right now I have 315 games across 12 systems, a third of which are for the PlayStation 2. A lot of my all-time favourite games are for the PS2 including:

I’m a big fan of single-player story-driven games so the majority of my collection are those types of games. I’m currently playing through Horizon Forbidden West which I am loving. 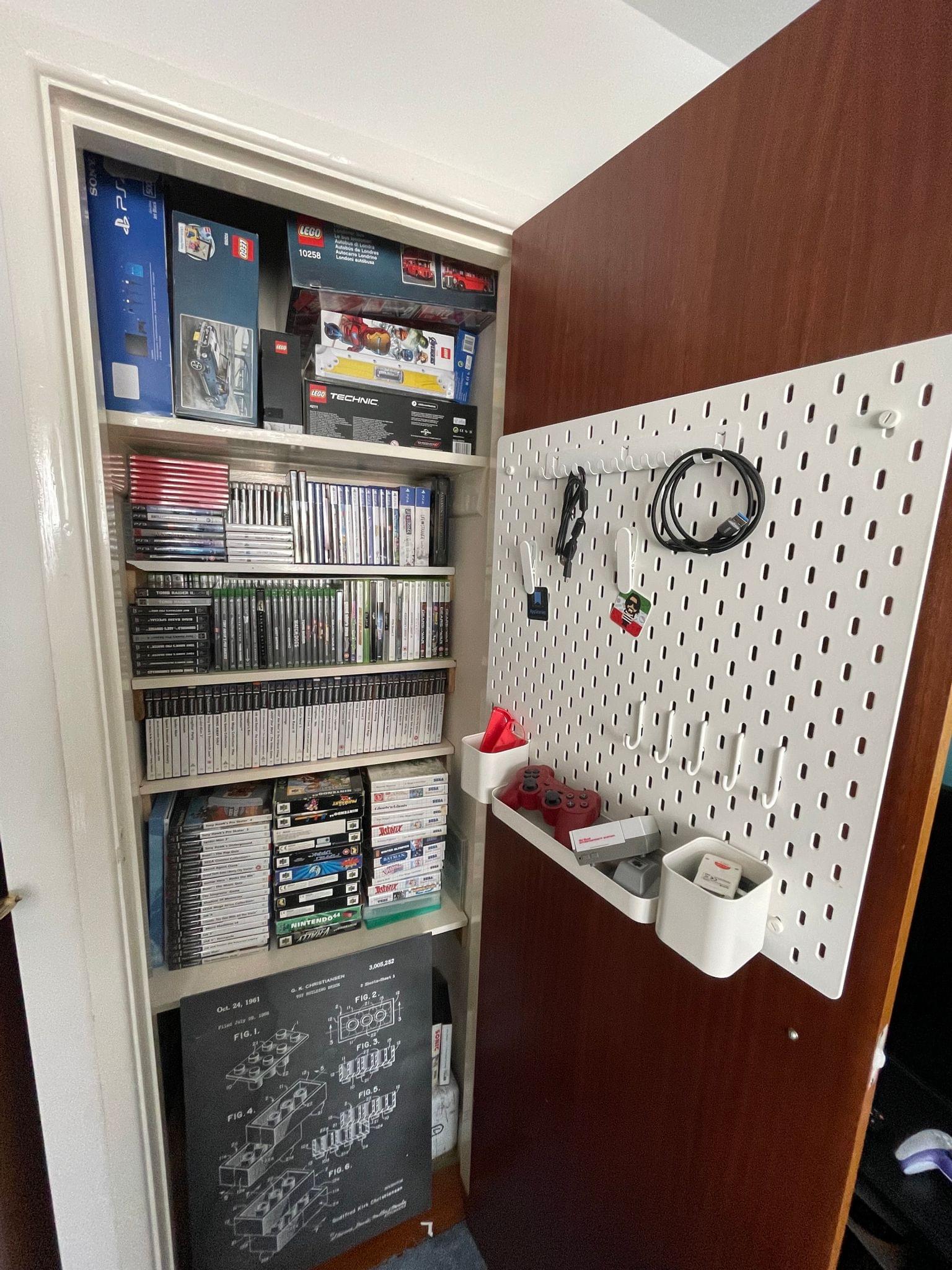 My setup consists of a PS5, a PS3, a pink PS2 which I adore, an Xbox 360, and an Xbox One all hooked up to a HiSense 4K 43" TV that I bought a few years ago. I’m not sure in 2022 if I would even be able to buy a TV with this many inputs. The modern consoles use HDMI and the PS2 and 360 use SCART cables which was widely used on TVs in the UK and Europe and is somewhat better than using component input.

I use GameEye to keep track of my the games and consoles I own. I log the games I’ve played with Almanac, a custom blogging system I made for tracking things I’ve watched and played. (Update: I now use Micro.blog for this). In my attic I have a Sega Master System, Nintendo 64, and a Nintendo Wii, plus there is a Nintendo Switch in the living room.

Until I add shelves to my office to have at least some of my games on display, I’m using the built-in cupboard as storage for my games. I built the shelves in there myself so they are a perfect size for double-stacking games. I added an Ikea Skadis to the inside of the door to various gaming-related things like cables, controllers, and memory cards for the older consoles.

I have some ideas for the office including a custom controller holder, shelves to display my games and my many collector’s edition statues (these are also in storage right now), and I’m also considering wall-mounting the TV. I also need to alphabetise the games instead of dumping them in the cupboard like they are right now.